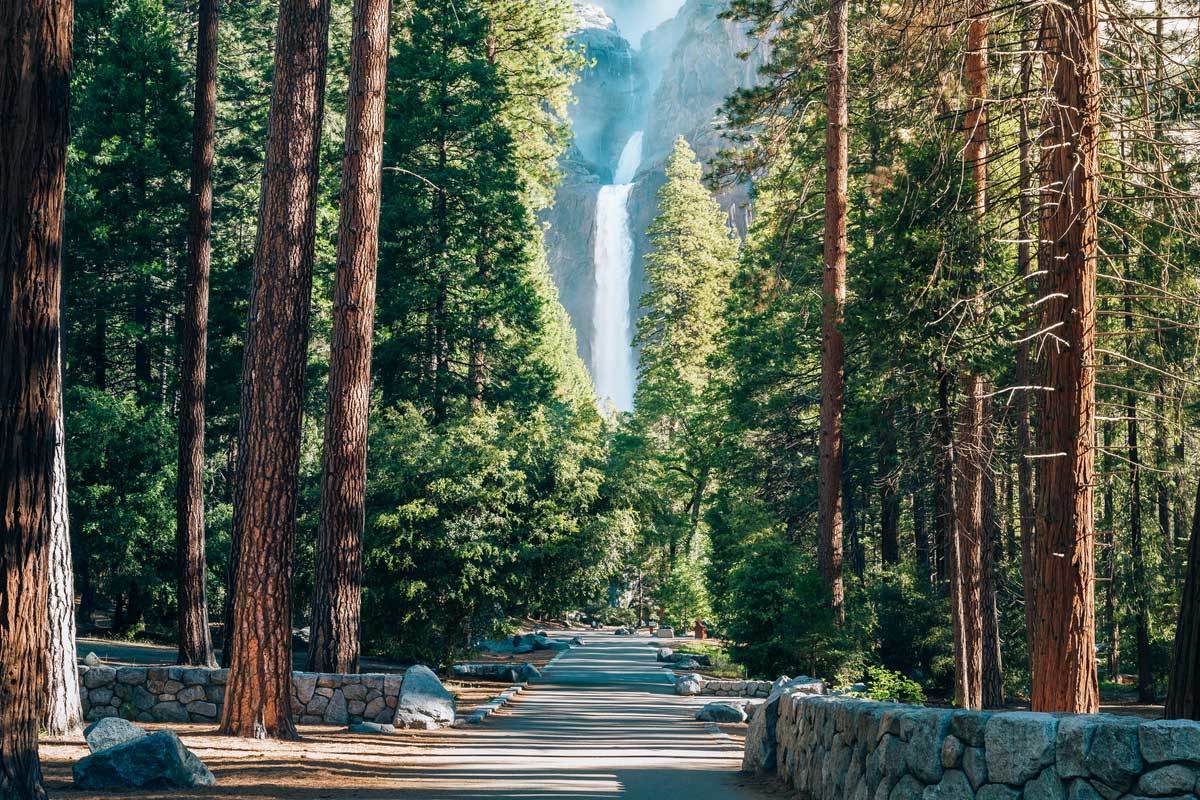 US military veterans and Gold Star families will be granted free access to America's public lands.

In honor of Veteran's Day in 2020, the US Department of Veteran's Affairs has announced that US Military veterans and Gold Star families will be granted free access to America's National Parks, wildlife refuges and other Public Lands, starting on Wednesday, November 11, 2020 and continuing every day onward.

“With the utmost respect and gratitude, we are granting Veterans and Gold Star Families free access to the iconic and treasured lands they fought to protect starting this Veterans Day and every single day thereafter,” said Secretary of the Interior David L. Bernhardt.'

Entrance fees will be waived for all National Park Service sites, as well as recreation fees for the Bureau of Land Management and Bureau of Reclamation sites. This gives veterans free access to 2,000 public sites and 400 million acres of land.

As part of the program, veterans will need to present one of the following forms of ID:

Win an Arctic Vacation in Sweden to Chase the Northern Lights

This weekend: Consider a stay at your national parks

It's time you made yourself a "nature resolution." You know, set yourself a goal like "this is the summer I'm going to take a hike" and "this is the year I'm going to get outdoors more." The National Park Service knows this and wants to help. The annual National Park Week continues through this Sunday in the 391 areas that comprise the National Park System. Activities include junior ranger days, educational hiking trips (which teach you how to identify wildflowers and animals, to name a few subjects), volunteer opportunities, and trivia contests. Aramark, which runs many of the hotels in the national parks, is offering adventure and getaway packages, including hotel accommodations and perks like included tours, guided hikes or walks, and festival tickets. Budget Travel is a huge fan of the national parks&#151;just check out our month-by-month guide of the best times to visit the more popular ones. Remember: It's not all about Yellowstone. Don't forget the national parks much closer to your home. Need more inspiration to make your own nature resolution? Check out our Readers' Best U.S. Landscape Photos slide show.

Online sellers are asking as much as $150 for campsite reservations that normally cost $20. The Sacramento Bee reports that various Craigslist sites list dozens and dozens of campsite reservations for sale at the national park where getting a camping spot is famously difficult, Yosemite. The Bee explains: The 900 Yosemite campsites available for advance reservation cost $20 a night when booked through the park's contractor, ReserveAmerica. But park officials and some consumers report being quoted prices of $100 to $150 a night from Craigslist vendors, who sometimes offer to change the name on the reservation. What's more, campsites aren't the only thing for (re)sale at Yosemite. Permits for climbing Half Dome, which are issued by the park for free (plus a $1.50 handling charge), are also being sold for profits online. How, and why, is this possible? The answers basically come down to supply and demand: There's not enough of the former to meet the latter in terms of campsites and climbing permits at Yosemite, especially not on the most popular summer weekends. The reservation system, in which select few campers (or profiteers) can scoop up reservations up to six months in advance over the phone (877/444-6777) or at recreation.gov, also seems to be part of the problem. Too often, hopeful campers fail to get reservations on their chosen dates, leaving them with few options other than altering their travel plans or paying a premium to online scalpers. Apparently, some scalpers have figured out ways to game the system and snag campsite reservations and cancellations before the average park-goer has a chance. There are options other than dealing with scalpers, mind you. As we discussed in last summer's Trip Coach on the national parks, most parks, including Yosemite, have first-come, first served campsites, though lines for these spots can form at 6 a.m., three hours before the sales begin. The parks department prohibits the reselling of any park reservation, and parks officials say that they are trying to stop sellers from flipping reservations for profits. But the Bee story doesn't sound particularly hopeful that campsite scalping at Yosemite is going to stop anytime soon. For now, the consensus advice is this: Yosemite officials urge visitors to steer clear of resale schemers, and to check back often with ReserveAmerica for campsite cancellations&mdash;which can, and do, occur throughout the summer. Park insiders also recommend to reserve online, not by phone. MORE FROM BUDGET TRAVEL: Trip Coach: National Parks National Parks (Minus the Crowds) 30 Spectacular Images of Our Nation's Parks

Nature Valley has teamed up with hikers and videographers to create the ultimate virtual tour of three iconic American Parks&mdash;the Great Smoky Mountains, Yellowstone National Park, and the Grand Canyon. The site, NatureValleyTrailView.com, which launched today, provides interactive maps of popular trails complete with videos of trail markers and points of interest. The result is 360-degree street-level imagery of over 100 miles in each park&mdash;as well as helpful information for each trail (distance, difficulty rating and elevation) for folks looking to embark on their own trekking adventure. To create the maps, eight hikers set out into the parks with an 11-lense, Dodeca 2360 camera, which captures video footage from every direction simultaneously (editors then stitch the images together to create an immersive experience). And while the team has only covered three parks so far, they have plans to expand into other parks. Hear about the team's experiences documenting the parks: The project calls to mind Google's efforts to bring street view into art museums and to document the remote villages of the Amazon River Basin, but Google had nothing to do with this project. The venture was sponsored by granola-bar company Nature Valley which has aligned itself with our national parks in an effort to preserve them. This project helps our parks in three ways&mdash;one, it provides much-needed cash to the park system, two it educates the public on these valuable natural resources, and three it digitally documents the land for eternity. Of course, the role of big business in preserving our parks is not without controversy. Critics worry that corporate sponsors will wield undue influence over parks. But before you start freaking out about advertisements cluttering our views of the Grand Canyon, keep this in mind&mdash;90 percent of our budget for the National Park Service comes from Congress. And, as Mother Jones reported in a recent article, there are plenty of rules that protect the parks from conflicts of interest and corporate pressure. As far as I'm concerned, I think it's cool&mdash;you can visit our nation's parks from the comfort of your couch, you can teach your children about the beauty and importance of our nation's natural resources, and when you're ready to visit you have a tool that can help you make the most of your experience. What do you think? SEE MORE FROM BUDGET TRAVEL: Scalpers at National Parks? Best National Parks for Wildlife Viewing 7 National Parks You've Never Heard Of 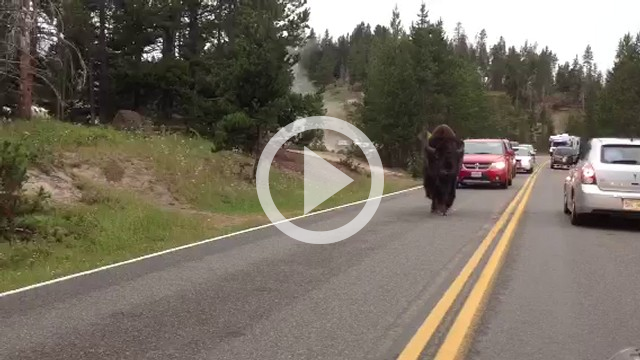 We were sorry to hear that a teen visiting Yellowstone National Park was gored by a bison on Friday after posing for a photo near the animal. Her injuries were deemed serious but not life-threatening. I must admit, though, the animal encounter reminded me of the video above, shot by my wife Michele when she and our daughter Rosalie were visiting Yellowstone last summer. The gigantic bison that huffs and puffs past Michele and Rosie's rental car has become a bit of a video "star" with Budget Travel readers. The bison attack last week is also an opportunity to remind travelers, as the National Park Service does, that you should never get within 25 yards of bison or other park denizens. (The teen who was gored on Friday was reportedly standing wtihin 6 feet of the bison.) Yellowstone National Park is home to up to 5,000 bison by some estimates, and despite their massive size, they can run three times faster than you can. Stay safe.