Missouri is a state in the Midwestern region of the United States. Ranking 21st in land area, it is bordered by eight states (tied for the most with Tennessee): Iowa to the north, Illinois, Kentucky and Tennessee to the east, Arkansas to the south and Oklahoma, Kansas and Nebraska to the west. In the south are the Ozarks, a forested highland, providing timber, minerals, and recreation. The Missouri River, after which the state is named, flows through the center into the Mississippi River, which makes up the eastern border. With more than six million residents, it is the 19th-most populous state of the country. The largest urban areas are St. Louis, Kansas City, Springfield and Columbia; the capital is Jefferson City.

Humans have inhabited what is now Missouri for at least 12,000 years. The Mississippian culture, which emerged at least in the ninth century, built cities and mounds before declining in the 14th century. When European explorers arrived in the 17th century, they encountered the Osage and Missouria nations. The French incorporated the territory into Louisiana founding Ste. Genevieve in 1735 and St. Louis in 1764. After a brief period of Spanish rule, the United States acquired Missouri as part of the Louisiana Purchase in 1803. Americans from the Upland South, including enslaved African Americans, rushed into the new Missouri Territory. Missouri was admitted as a slave state as part of the Missouri Compromise of 1820. Many from Virginia, Kentucky and Tennessee settled in the Boonslick area of Mid-Missouri. Soon after, heavy German immigration formed the Missouri Rhineland.

Missouri played a central role in the westward expansion of the United States, as memorialized by the Gateway Arch. The Pony Express, Oregon Trail, Santa Fe Trail and California Trail all began in Missouri. As a border state, Missouri's role in the American Civil War was complex, and it was subject to rival governments, raids, and guerilla warfare. After the war, both Greater St. Louis and the Kansas City metropolitan area became centers of industrialization and business. Today the state is divided into 114 counties and the independent city of St. Louis.

Missouri's culture blends elements of the Midwestern and Southern United States. It is the birthplace of the musical genres ragtime, Kansas City jazz and St. Louis blues. The well-known Kansas City-style barbecue, and the lesser-known St. Louis-style barbecue, can be found across the state and beyond. Missouri is a major center of beer brewing and has some of the most permissive alcohol laws in the U.S. It is home to Anheuser-Busch, the world's largest beer producer, and produces an eponymous wine produced in the Missouri Rhineland and Ozarks. Outside the state's major cities, popular tourist destinations include the Lake of the Ozarks, Table Rock Lake and Branson.

Well-known Missourians include Chuck Berry, Sheryl Crow, Walt Disney, Edwin Hubble, Nelly, Brad Pitt, Harry S. Truman, and Mark Twain. Some of the largest companies based in the state include Cerner, Express Scripts, Monsanto, Emerson Electric, Edward Jones, H&R Block, Wells Fargo Advisors, Centene Corporation, and O'Reilly Auto Parts. Well-known universities in Missouri include the University of Missouri, Saint Louis University, Washington University in St. Louis. Missouri has been called the "Mother of the West" and the "Cave State", but its most famous nickname is the "Show Me State".

Find more things to do, itinerary ideas, updated news and events, and plan your perfect trip to State of Missouri
ADVERTISEMENT

Places near State of Missouri 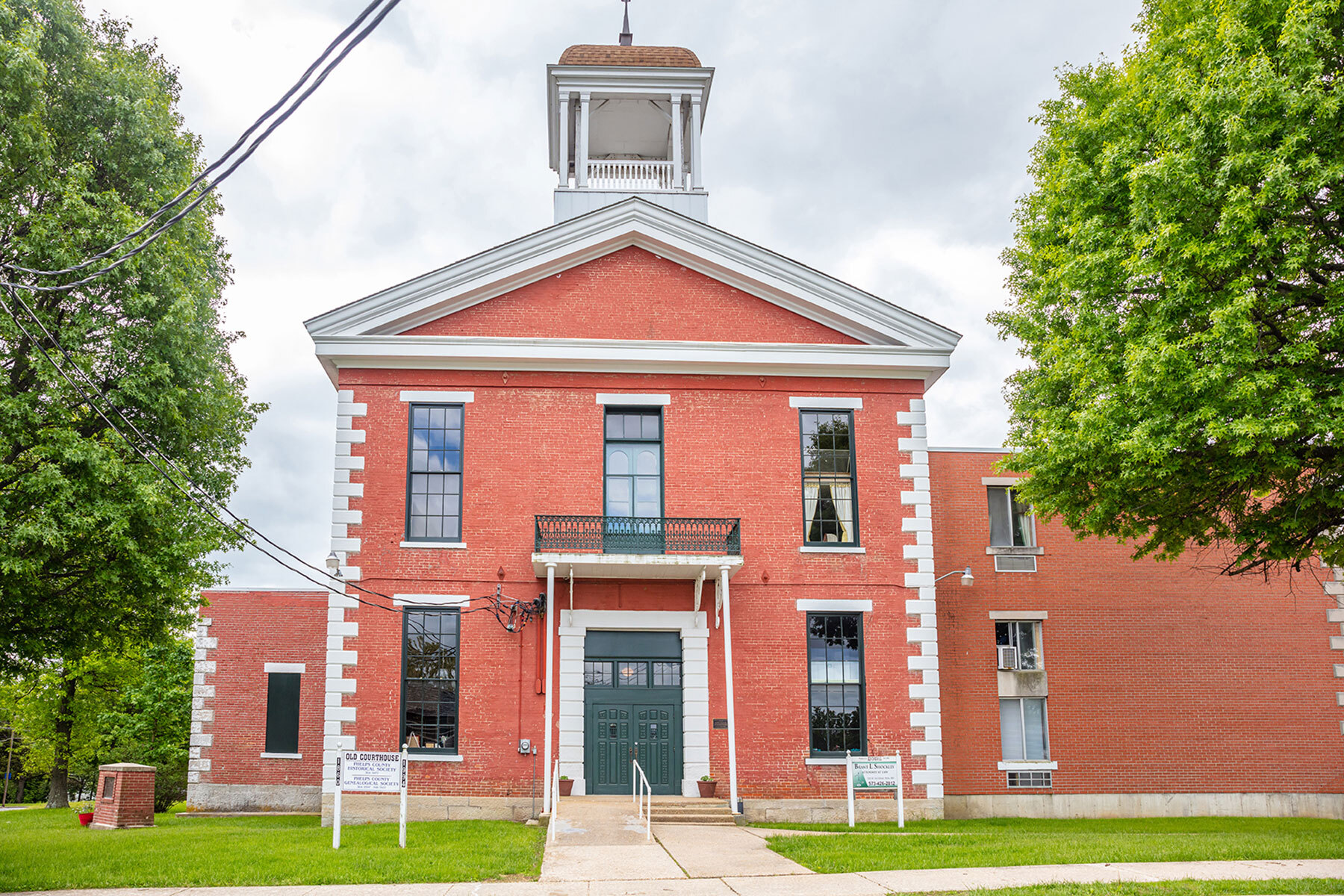 Rolla () is a city in and the county seat of Phelps County, Missouri, United States. The population in the 2010 United States Census was 19,559. Rolla is located approximately midway between St. Louis and Springfield along I-44. The Rolla, Mo Micropolitan Statistical area consists of Phelps County, Missouri. It is the home of the Missouri University of Science and Technology, well known, both nationally and internationally, for its many engineering departments and computer science department. The headquarters of the Mark Twain National Forest is located in Rolla. The city is also within the Ozark Highlands American Viticultural Area, with vineyards established first by Italian immigrants to the area.

St. Robert is a city in Pulaski County, Missouri, United States. The population was 4,340 at the 2010 census. It is a gateway community to the United States Army Fort Leonard Wood.

Pulaski County is a county located in the U.S. state of Missouri. As of the 2010 census, the population was 52,274. Its county seat is Waynesville. The county was organized in 1833 and named for Kazimierz Pułaski, a Polish patriot who died fighting in the American Revolution.Pulaski County is the site of Fort Leonard Wood, a U.S. Army training base. It comprises the Fort Leonard Wood, MO Micropolitan Statistical Area which has nearly one-third of the total county population.

Osage Beach is a city in Camden and Miller counties in the U.S. state of Missouri. Most of the city is in Camden County, while a small eastern sliver is in Miller County. The population was 4,351 at the 2010 census.